CEO 2018 was held in Daytona Beach, Florida over the weekend, and seems to have been a great event for fighting game fans. It also provided some interesting figures on Twitch streaming – specifically, that Dragon Ball FighterZ had far more eyeballs on it than Street Fighter 5. This is especially impressive considering the Street Fighter 5 finals were the “main event” of the weekend.

These viewership figures didn’t even correlate to the number of competitors. For example, Super Smash Bros. for Wii U had the highest number of fighters (679) but came fourth in viewerships (21,000). DBFZ had 663 entrants, by comparison. 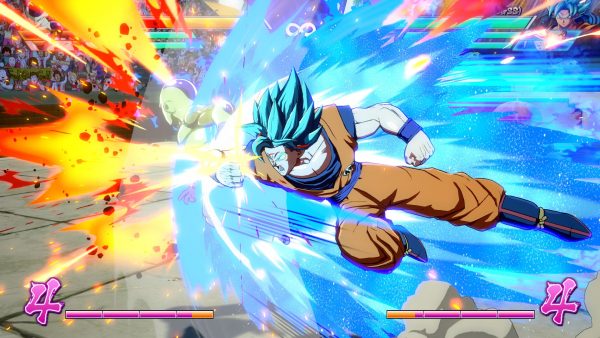 Okay, so lots of people were watching Dragon Ball FighterZ streams – what difference does that make? At a minimum, it suggests Bandai Namco’s prominence in the fighting game community is rising, especially with Soulcalibur 6 on the way. Meanwhile, Marvel vs. Capcom: Infinite struggled at launch, which might leave the studio behind the curve.

Although that might change, considering Street Fighter 5 is only a couple of years old and a new announcement could turn things around. All the same, it’s good news for fans of Dragon Ball fighting games.

Previous: The Division 2 is a sunny but familiar run ‘n’ gun

Next: My Week With The Fastest Gamers On Earth