For 48 hours, Pokemon GO is offering the region-limited Corsola across all of Europe.

Pokemon Go just held its latest public event in Dortmund, Germany, and while attendance was great it did face some technical hiccups on Saturday. As an apology, Niantic Labs is running a limited-time event in which region-specific Pokemon like Corsola and Roselia will appear across Europe for 48 hours.

In other circumstances, this would be a great apology – and it is good news in general for European players. But it has frustrated fans who made the trip to Dortmund specifically for rare Pokemon like Corsola. 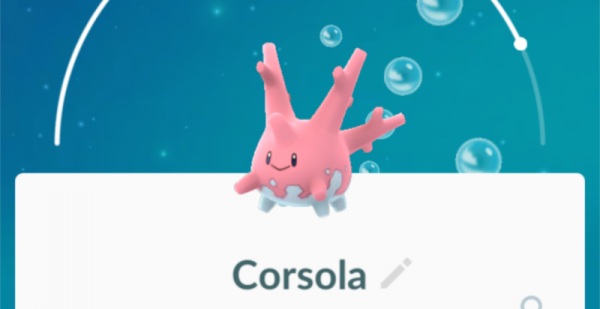 This report from Eurogamer has compiled social media posts on the subject. “So I spend £300 to go to Germany for a special event to get regional Pokémon,” one tweet reads. “Before I even get home you have released it to everyone who didn’t leave home or pay anything. I can’t trade any of these now. You have made the situation worse.”

Niantic’s John Hanke previously told Eurogamer that simply giving Corsola to Dortmund attendees raised other technical problems, so the studio would try to strike another balance. “We looked at many options yesterday thinking of the right way to follow up and some consideration was given to that one,” he explained, “but there are some challenges to being able to do that.”

While this isn’t a great look for Niantic, it’s hard to deny the Dortmund event itself wasn’t a major draw. Pokemon GO posted a summary that confirmed 170,000 trainers attended, many of whom traveled from out of the country. If Niantic wants that goodwill to continue however, these technical issues need to be have quicker resolutions.

Region-specific like Corsola and Roselia are available across Europe until 11:59 pm UTC on July 4, 2018.

Next: A Way Out dev’s next game will be published by EA